Every Fundrise portfolio aims to diversify with a broad mixture of properties. Here’s an example of one deal that has powered investors’ portfolios, having successfully completed the full investment process. You can view all active and past projects here.

In May 2017, we invested in the ground-up construction of Golden Surf Luxury Homes, a five-unit subdivision in Carlsbad, CA, a northern suburb of San Diego. Our investment took the form of debt, totaling roughly $3 million and funding the homes’ development. The project is located on a 31,823 square foot site, a mere five minute drive from the Pacific Ocean — a very appealing location. 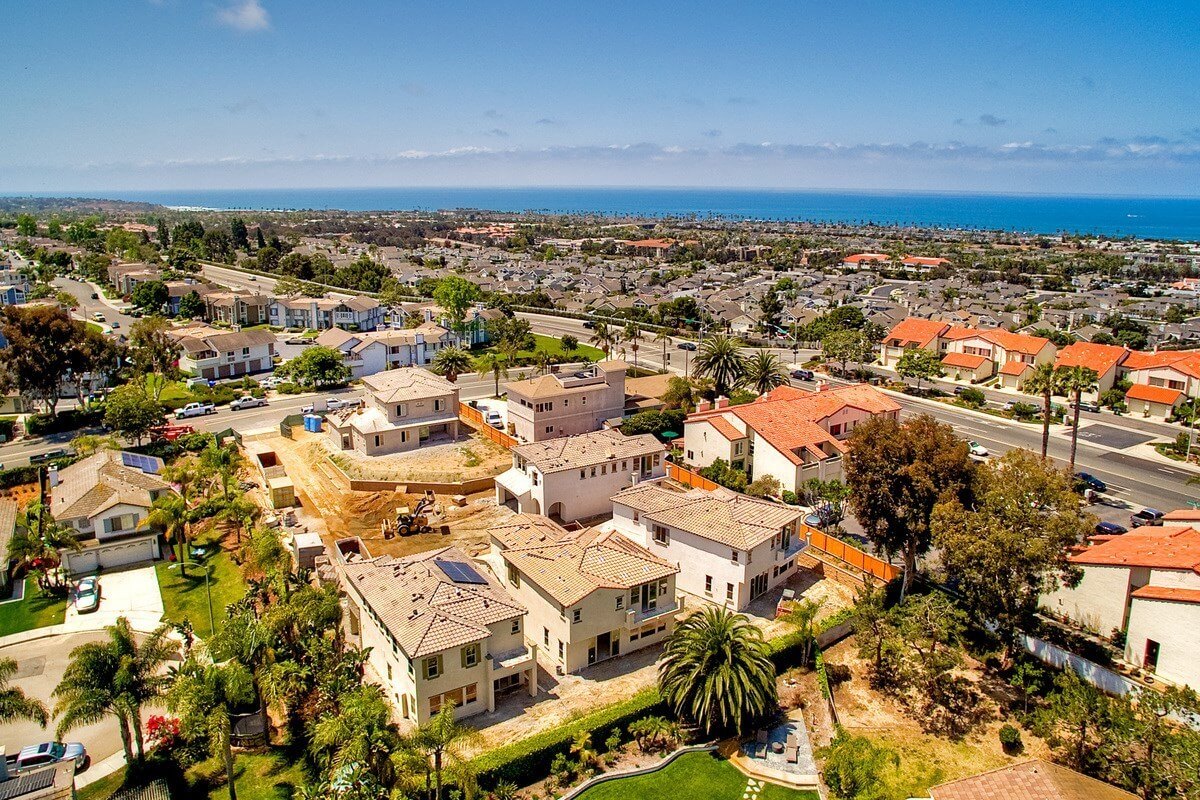 At the time of our investment, the project was “shovel-ready,” meaning the property had already received its final tract map and was approved for construction. From an investment standpoint, this is an advantageous status for a construction project: it means the development can proceed quickly and efficiently, thereby bypassing risks that can rear their heads when a project timeline is overly protracted or meets unexpected delays.

Our borrower — a local, SoCal firm called New Pointe Communities — was able to commit to breaking ground on the construction of the project over the 2017 summer, only a few months after we made our loan, further solidifying the project’s appealing, swift timeline.

New Pointe Communities is a vertically integrated real estate firm that specializes in single family home development. They’re based in Orange County, CA and have developed approximately $96 million of real estate since 2008. Between their extensive local expertise and their handle on the types of property involved in this investment, they shaped up to be an excellent partner. Finally, because they provided a full personal recourse guarantee on the loan, we were able to enter the deal with considerable confidence and a positive outlook.

Ultimately, our assessment of the opportunity paid off: In less than a year and a half, our investment delivered a roughly 9% return. New Pointe paid all interest payments in full during the period and used the proceeds from selling the first few homes to pay back the principal of our loan.

Green construction and a charming town 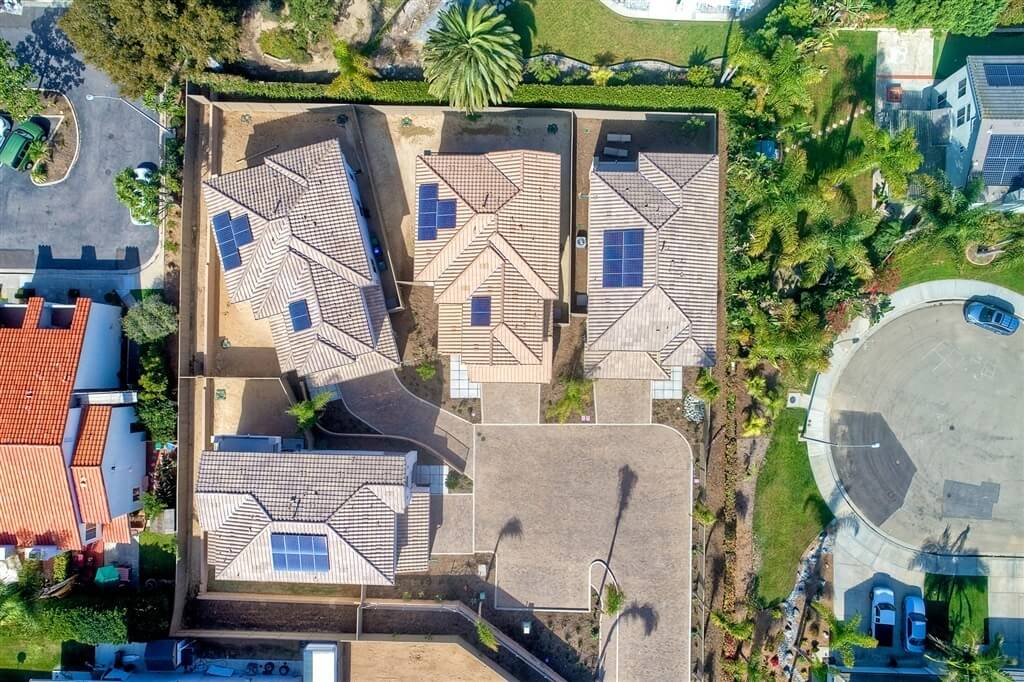 The homes’ environmentally-friendly construction features solar panels on the units’ roofs, as can be seen above.

Carlsbad, locally known as the “Village by the Sea,” is positioned along seven miles of shoreline north of San Diego, California. Due to its gorgeous location on the Pacific Ocean, the village has become a sought after destination for many, conveniently situated on one of California’s most desirable regions. Though not part of San Diego proper, its access to the Coaster commuter train brings the entire stretch of this part of the coast into reach.

The community welcomes visitors with an abundance of attractions, while also maintaining a wealth of entertainment in the village for its own affluent residents to enjoy. Downtown Carlsbad in particular is a strong draw, featuring restaurants, shops, art galleries and theaters with local flair. Frequent events offer occasion for residents to gather on Carlsbad’s downtown streets, including a weekly farmer’s market and a celebrated annual art festival. Throughout the summer, the town hosts outdoor movies on Thursdays and live music on Fridays, while anyone looking for a low-key evening can take to the Carlsbad Boardwalk for a panoramic view of ocean waves beneath the sunset.

Considering Carlsbad’s status as an affluent suburb — it ranks among the 20 wealthiest communities in the nation — the construction of five luxury homes was an inherently appealing investment opportunity, with a strong fit for local demand, especially considering the homes’ luxury finishes and more cutting-edge elements, such as environmentally-friendly amenities, like the solar panels situated on the units’ roofs.

In June, 2018, about a year into the investment period, we shared the video below with our investors, highlighting some of the exciting construction progress that had already begun to bring the Golden Surf homes to life. These milestones included the installation of plumbing, electrical, and HVAC systems; the installation of windows; and the addition of exterior finishes.

At this point, the final completion of construction — and successful conclusion of our investment — was only months away.

Insights from our team

Kate Salomon — a Senior Associate on Fundrise’s real estate team who helped underwrite this investment — helped lay out a few reasons why Carlsbad is a particularly attractive market. “On one hand, it’s eminently residential,” Kate said, “but it also has an appealing, walkable downtown, drawing people to a number of busy shops and popular restaurants. Plus, of course it’s on the beach. On this stretch of the coastline, you shouldn’t underestimate how important that can be.”

These are all parts of the coastal Californian culture that people love — but in Carlsbad, you get them without the full-blown prices you find in places like San Diego or parts of L.A. “Carlsbad is a stable market,” Kate said, “and should have long-lasting appeal. It’s not growing, per se, but it’s also not likely to depreciate. Going into the investment, we had confidence in what to expect from this particular market.”

In terms of the investment itself, Kate explained, “The sponsor who brought us this deal is a San Diego county developer. He knows this area well, and he’s in tune with local contractors. That’s crucial. His own experience meant he could recognize this investment as a good value, with the land available at a relative discount to market — plus the deal gave us a fairly low loan-to-cost ratio, which helps us further decrease risk.

Ultimately, Kate said, “We liked this project because it was a manageable size but still a fair value. The execution risk was low because the sponsor was capable of completing the construction and bringing the homes to market quickly. Of course, the longer the delay, the more room there is for risk. In this case, everything moved quickly and worked out well. In fact, these homes sold even better than expected: it was the best outcome we could have hoped for.”

Homes (nearly) as beautiful as the nearby Cali coast

Our Investment in the Golden Surf Luxury Homes paid back successfully in October of 2018, delivering a realized return of approximately 9% over a 17-month term.

As you can see from photos like those above, the homes turned out beautifully. They are a testament not only to New Pointe’s capability to execute on ground-up construction like this, but also their capacity to deliver a luxury product, fitting of a community such as Carlsbad’s.

Throughout the term of the investment, the regular income the Golden Surf construction loan generated supported quarterly dividends for Fundrise’s West Coast eREIT, and we were happy to inform our investors that their portfolios had helped fund the successful construction of these handsome, environmentally-friendly homes, while delivering a strong, relatively low-risk return.

Have any questions or want to learn more? You can always reach out to our team by emailing us at investments@fundrise.com.

Ready to invest in a real estate investment portfolio of your own? You can get started here in a matter of minutes.