The true moguls of US real estate didn't start out that way.

Real estate has long been one of the primary ways that some of America’s wealthiest families have built their fortunes. Although much of the US real estate industry today is dominated by large private equity funds and REITs, there are still a handful of companies run by a single individual or family.

The following individuals are outliers, superstars whose careers in real estate have landed them on the Forbes list of real estate billionaires. Each one has a slightly different background, from buying houses as an undergraduate, to selling pet supplies to supermarkets. Here is a short history of the rise of some of the true moguls of US real estate: 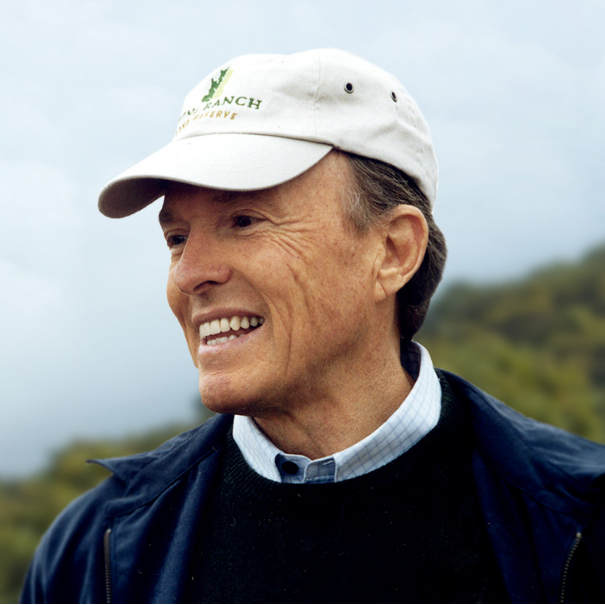 Donald Bren is widely considered the richest real estate developer in the US, yet is also known to be a private individual. His career in real estate began in the late 50’s, when he started the Bren Company to build homes in Orange County, CA. In 1977, he purchased a large stake in Irvine Company, which owned 93,000 acres of land in Southern California (known as the Irvine Ranch). By 1996, Bren became the sole owner of the company. He has arguably had the largest individual influence on the way Southern California looks today.

Other than the ranch lands, Irvine Company’s portfolio includes 500 office buildings, 42 retail centers, and 130 apartment communities, mostly in and around Orange County. Bren’s key to success has been long-term holding, with a nose for adding value that improves the lives of residents. Donald Bren has given huge amounts of his fortune away to various philanthropic causes, and he set aside 57,000 acres of the Irvine Ranch solely for conservation. 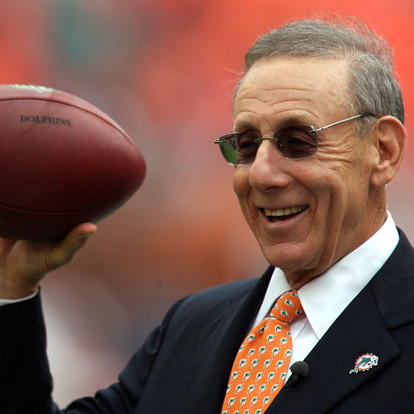 Stephen Ross is the founder and chairman of The Related Companies, and the principal owner of both the Miami Dolphins and Sunlife Stadium. His rise to the top began after leaving Bear Stearns in the 70’s. His mother loaned him some money to stay on his feet, and Mr. Ross began to build his empire. Using his tax and finance expertise, Ross first dipped his feet into real estate through complex affordable housing deals. As he grew more comfortable with these deals, he began to develop affordable housing, which remains a large chunk of the Related portfolio.

From there, Ross steadily climbed into the development of more complex and expensive development projects. Related is famously the developer behind the Hudson Yards Redevelopment Project, which will be the largest private real estate development in the history of the United States when completed.¹ 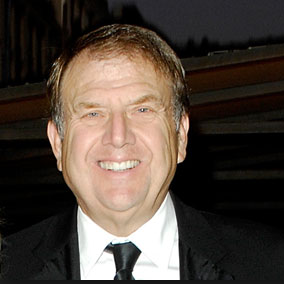 The LeFrak family has been building under their family name since 1883. Richard joined LeFrak in 1968, as it was nearing completion of LeFrak City, a huge apartment development in Queens, NY. He was appointed president in 1975, and then elected CEO in 2003.² LeFrak is privately held by the LeFrak family. The company has been known to develop and manage residential, office, and retail properties throughout New York City.

Throughout his tenure with the company, Richard LeFrak has completed several high profile development projects, including the development of the 600-acre mixed-use community of Newport, in Jersey City, New Jersey. LeFrak, now in its fourth generation of ownership, has a portfolio of over 400 buildings, along with investments in energy and equity positions in other companies. They cite community development and a long term holding strategy as keys to success.³ 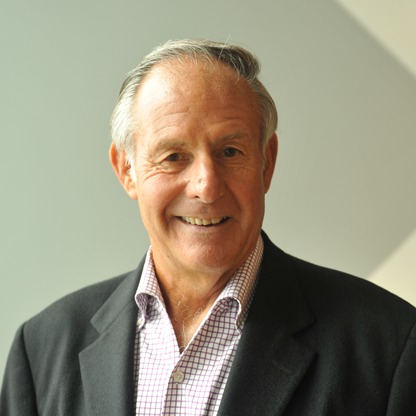 Silicon Valley has been kind to the Sobratos. The Sobrato Organization is privately owned by the Sobrato family and currently owns over 75 office properties and 6,700 apartment units in and around Silicon Valley, Alameda, and Santa Clara. After the closing of the family’s restaurant in the early 50’s, John’s mother Ann began investing in real estate. Ann (Sobrato) Russo became known as the Mother of Silicon Valley as she developed build-to-suit properties for Lockheed Martin and electronics companies. While an undergraduate student in Santa Clara, John began selling homes. Soon after graduating, he founded Midtown Realty and developed a prosperous business partnership with Carl Berg. They parted ways in 1979 when John founded The Sobrato Organization, which today owns the headquarters of many of the stars of Silicon Valley, including Apple and Netflix.⁴ 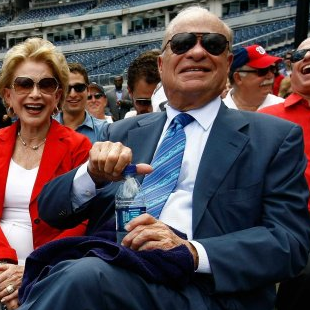 Lerner Enterprises was not always the largest private landowner in the DC area. Ted Lerner, who served in WW2 and then went back to school after the war, shares the same high-bandwidth tendencies of the other billionaires on this list. Lerner began to sell homes during his time as a law student at the George Washington University. He founded Lerner Enterprises with only a $250 loan from his wife and began to sell thousands of homes. Today, the Lerner family owns the Washington Nationals, Chelsea Piers in New York City, and a portfolio in and around DC comprised of 20 million square feet of commercial and retail space, over 20,000 single family homes, and over 7,000 apartment units.⁵ 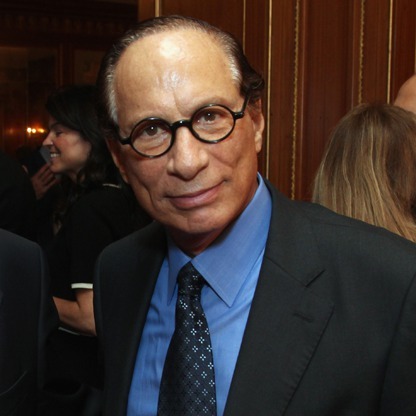 Before he became a real estate mogul and the namesake of NYU’s Stern School of Business, Leonard Stern was in a very different business—pet supplies. This is an oversimplification of Mr. Stern’s rise as a businessman and philanthropist, but some of his wealth did indeed come from Hartz Mountain Corporation, which carved out an empire of pet products beginning with sale of birds and bird cages. Leonard Stern joined the family business in 1959, and founded its real estate arm in 1966 with a large development project in Bayonne, NJ. Today, Stern is the CEO of Hartz Mountain Industries, which owns a staggering 38 million square feet of real estate in New York and northern New Jersey composed of 225 buildings.⁶ If it is true that riches take wings, Leonard Stern is certainly an exception to that rule. 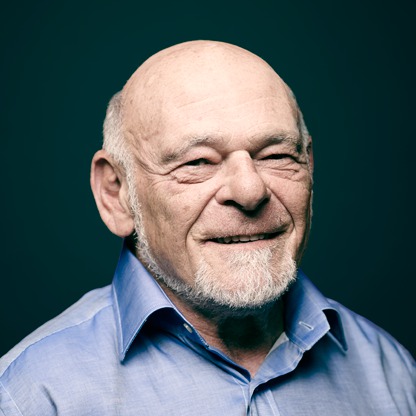 Sam Zell caught on to the real estate industry at an early age, and he is today considered one of the founders of the modern commercial real estate industry. In college, Mr. Zell managed apartments around Ann Arbor with his friend Robert Lurie. After a short stint as a lawyer, Zell returned to the real estate business with an investment from of one of the partners of the law firm he had just left. Zell and Lurie reunited, and from there it was off to the races. They began buying and fixing apartment homes all over secondary markets in the US, and attracting big-time investors as they did so. They founded Equity Group Investments, which would grow into a private equity juggernaut with investments across many industries. Today, EGI owns Equity Residential, a publicly-traded REIT and the largest apartment owner in the United States. In 2007, EGI sold its office REIT, Equity Office Properties Trust to Blackstone for $39 Billion.⁷ 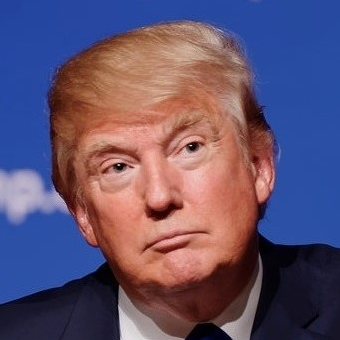 The less wealthy but more public Donald in real estate, Mr. Trump is by far the most recognizable name on this list. From his reality TV show to a serious presidential bid, we’ve all heard of “The Donald.” Believe it or not, Trump’s personal brand wasn’t always so well recognized. His father, Fred Trump, was also a real estate entrepreneur. He founded a real estate development company that built affordable housing in Brooklyn and Queens. Donald Trump joined the company in 1968, and decided to take on Manhattan real estate as his area of focus with a loan from his father. Trump has subsequently built many high-profile apartment buildings, casinos, and resorts—almost all bearing his name. He has even been paid for the use of his brand name on properties his company did not build.

His climb to success has not been without obstacles, however. The Trump Taj Mahal Casino in Atlantic City, which he built in 1989, went bankrupt in 1991. Trump lost half of his ownership stake in the property in the subsequent restructuring. Despite this and other setbacks, Trump has always found a way to bounce back. Today, The Trump Organization owns a portfolio that includes the Trump Tower in Chicago, several huge apartment buildings in New York, and resorts including the famous Mar-a-Lago in Florida.⁸

While most of us can only aspire to reach the level of wealth these individuals have achieved, their success highlights the larger trend that real estate investing is one of the most consistent paths to long-term financial success. By relying on the same core principles of hard work, sound underwriting, and discipline all of us have the chance to build our own mini real estate empire.